How Could Silicon Valley Survive a Mega 8.2 Quake? 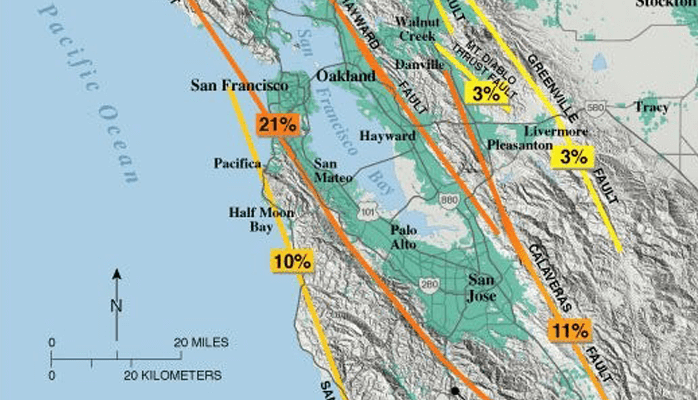 As a Supply Chain Professional, I have traveled around the world and have found that earthquakes, floods, coups, and volcano eruptions happen while you are on the road. I was also born in Chile, which gave me a chance to experience a couple of “the Big Ones!”

Even though as Californians we are proud to live in Earthquake Country, we really have no clue of what a big one is. First, a magnitude 6 or 7 is not a big one. Not for most newer cities.

The San Andreas Fault is long overdue for the big one and in my humble opinion, we are not prepared.

Keep in mind that the big one (magnitude 7.8 to 8.2+) is not just one quake. Typically, there are hundreds of aftershocks that follow for months, and things don’t go back to normal until after one year. If we were to have an 8.2, we should expect that large aftershocks will most likely follow.

If you look back at the last few big ones in the world over the last few years, they all have been marked by a loss of life and short-term economical paralysis followed by years of recovery (Japan 9.3, Indonesia 9.0,  Chile 8.8, to mention a few).

One of the “positive” things about the San Andreas fault is that is mostly under land, inland. So contrary to what the movie San Andreas dramatically showed, the chances of tsunami are close to zero for California, which is what has caused the most deaths in previous quakes.

The negative aspect of the San Andreas is that runs under or close to major markets such as Silicon Valley and LA among other very important cities / markets.

The largest earthquake I experienced was in 2010, an 8.8 in Chile, while on the 12th floor of a building. I also experienced the 6.7 Northridge, California where I lived less than 10 miles from the epicenter (my College and office was in Northridge) back in 1994. The difference between a 6.7 and 8.8 are exponentially higher but also one lasted less than 30 seconds and the other more than 4 minutes.

So what should a company in Silicon Valley should do?

Personally, I always keep my gas tank more than half full, carry an emergency kit that will last for my family for 3 days in the car, some cash on hand, plenty of power back up and flash lights at home and in the car. We have 5 days of water and food in our emergency tote at home. My family knows where we would meet and where to go if we are not together at the time of the event.

Finally, we want to be part of the solution and take care for our companies, families, friends and employees. I want to give those around me a sense of peace to know that we are as prepared as we can be.

If you have any questions please contact me at Global4PL – we have helped many start-ups, small businesses and some very large companies, and our customers do sleep better.

Global4PL: We are your IOR, cost, compliance, and efficiency experts.

We're not around right now. But you can send us an email and we'll get back to you, asap.